We call this ecoregion home 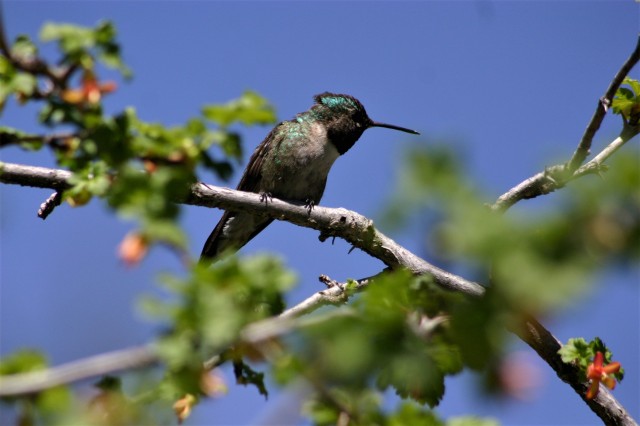 Most of the people we expect to see at the Chihuahuan Desert Conference in November call this ecoregion home.  This is where we work and live our lives and where we have come to know and love a very special place with its amazing display of biodiversity, geology and cultural history.

Like many of you I love the Chihuahuan Desert and want to do all I can to help hold all the pieces together, which is one of the reasons why we are organizing this conference, to help bring together educators, park managers, researchers and stakeholders from all walks of life,  to preserve and protect this part of the world.

The Chihuahuan Desert is a hotspot for conservation in the Southwest US and northern Mexico. Efforts to protect this ecoregion go back to the early part of the last century when in 1912 President William Howard Taft signed a Presidential Executive Order creating the Jornada Range Reserve in southern New Mexico, later renamed the Jornada Experimental Range.

Thirteen years later in 1923 the U.S. National Park Service began what would be a 43 year effort to protect other large tracts of Chihuahuan Desert. Carlsbad Cave National Monument, later to be called Carlsbad Caverns National Park, was established by President Calvin Coolidge who signed a proclamation on October 25, 1923. White Sands National Monument was established ten years later in 1933 and on February 16, 1935 Texas Senator Morris Sheppard wrote a letter to President Franklin D. Roosevelt suggesting a park of international scope in the Big Bend area. Although a park of international scope did not make it off the planning table in Mexico, on the Texas side Big Bend National Park was established on June 12, 1944. Twenty-two years later Guadalupe Mountains National Park was established in 1966.  What will the future hold?  Will an internationally recognized protected area in the Big Bend region ever come to fruition?  The Greater Big Bend Coalition is trying to keep the dream alive as are the efforts of others like the publication of an op-ed in the New York Times and the documentary The River and the Wall.

Other government agencies at both the State and Federal level have also played a role in protecting Chihuahuan Desert habitat including the Bureau of Land Management, the National Forest Service, the State of New Mexico and the State of Texas.

In Mexico, where 68% of the Chihuahuan Desert is located, conservation efforts have included designations in 1992 of the Maderas del Carmen Protected Area in northern Coahuila across from the southeastern side of Big Bend National Park, the Santa Elena Canyon Protected areas in northern Chihuahua across from the southwestern boundary of Big Bend National Park and the new Ocampo Flora and Fauna Protected Area in the state of Coahuila created by a degree of President Felipe Calderon in 2009. Other notable conservation efforts have helped to protect Cuatro Cienagas Biosphere Reserve in Coahuila and Mapimi Biosphere Reserve in Durango.

It is important to note that habitat protection in Mexico’s protected areas mainly involves large areas of private land in contrast to the federally and state owned lands in the United States. According to the World Wildlife Fund, within the border protected areas across from Big Bend National Park 64% of the land is under the Ejido Property System, 34% is owned by CEMEX and only 2% along the Rio Grande is owned by the Mexican federal government. Jurgen Hoth of the World Wildlife Fund has noted that Ejidos “are a good example of land managers and Mexico’s federal government working together” in protecting large areas of Chihuahuan Desert.

Several years ago David Larson, Big Bend National Park’s Chief of Resource Management, and I attended a transboundary workshop at Glacier National Park.  At this meeting we met people from across the globe working on transboundary conservation projects.   As all the participants got to know each other we all agreed that one of the most important keys to collaboration is relationships.   Not long after that meeting David and I successfully worked on a America’s Keystone Wildlife Grant and hope that the partnership between the Zoo and the park will grow over time.   As people gather in November at the El Paso Zoo we will all get to know each other better and have opportunities to develop new and stronger relationships. Those opportunities will no doubt be important in the days ahead as we continue our conservation and education efforts in the Chihuahuan Desert.