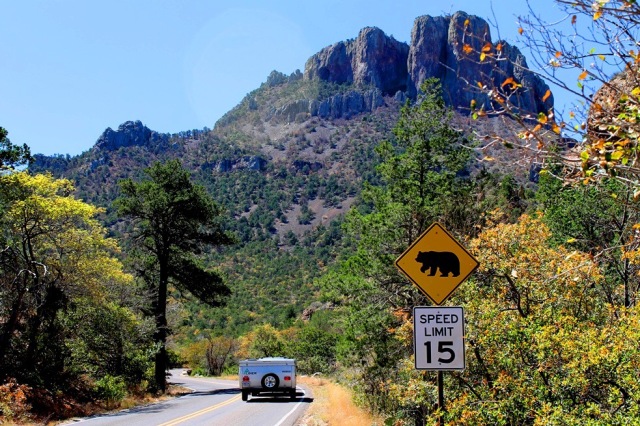 Funding was made possible for this partnership when the El Paso Zoo and Big Bend National Park were awarded the $10,000 Winter 2018 America’s Keystone Wildlife Grant (AKW). The grant partners zoos with National Parks and National Wildlife Refuges to help America recover the wildlife legacy lost during the fur trade and westward expansion era of the United States.

The project focuses on three components: (1) remove non-native invasive vegetation, (2) place food storage boxes in backcountry, and (3) bear-proof power poles in park. This winter, the zoo will send a group of volunteers and staff to work in the park to help complete the project.

“The natural recolonization of the black bear to Big Bend National Park from the cross border population in northern Mexico is one of the most important conservation stories in Texas,” said El Paso Zoo Education Curator Rick LoBello. “I was very fortunate to help document and launch current conservation efforts in Big Bend when I worked there many years ago.”

“Big Bend National Park has incredible diversity, including its wildlife. And the story of black bears in the park is unique among National Parks as it was the first of its kind of wildlife recolonizing a park area,” said park Resource Management Chief David Larson. “Bears are important to the ecology of the park, and we look forward to furthering their story and conservation.”

The El Paso Zoo is a 35-acre facility that houses animals representing over 220 species, including critically endangered species. Accredited by the Association of Zoos & Aquariums (AZA), the El Paso Zoo celebrates the value of animals and natural resources and creates opportunities for people to rediscover their connection to nature.

Located in West Texas, Big Bend is the largest protected area of Chihuahuan Desert topography and ecology in the United States.

The park protects more than 1,200 species of plants, more than 450 species of birds, 56 species of reptiles, and 75 species of mammals. From an elevation of less than 1,800 feet along the Rio Grande to nearly 8,000 feet in the Chisos Mountains, Big Bend includes massive canyons, vast desert expanses, forested mountains, and an ever-changing river. Here you can explore one of the last remaining wild corners of the United States.